Guest Blog By Pops: Winging It!

Because I have gone back to work full time and have not yet figured out how to manage my time, and because someone should be writing on this blog, my dad has stepped in to guest blog today! Fear not, he's a great writer and you will enjoy it. And now, without further ado, take it away, Pops!

(According to an 8 year-old grandaughter-engineer)

OK, daughter Emily has work, to prep for schoolyear; her husband, Eddy, is traveling, so we have granddaughter day duty. That’s pretty good, when they like to cook, fish, go to the square in Denton, etc. with Pops and Cici.

We quickly liberate a stack of printer paper and we are off. Little did I know my co-designer was a four-foot tall aerospace engineer.

I start with the simple and true design of my youth, while she is practicing origami, in search of something that might aviate. Her advanced design looks way cooler than mine, but that’s not the point is it? She regards my basic 50’s era effort with amused affection and has started her next model,while I admire my time-tested work. I know right then, this will be more process than play, more science than fluff, and it will challenge dinnertime, now hours away.

Ultimately, we come up with 8 different designs. From brutally simple, to a YouTube construction that seems to involve hundreds of arcane folds. Pretty sure I finished it in about the man-hours taken for development of the Wright Flyer. How to evaluate the best design? Enter the 8 year-old test engineer. 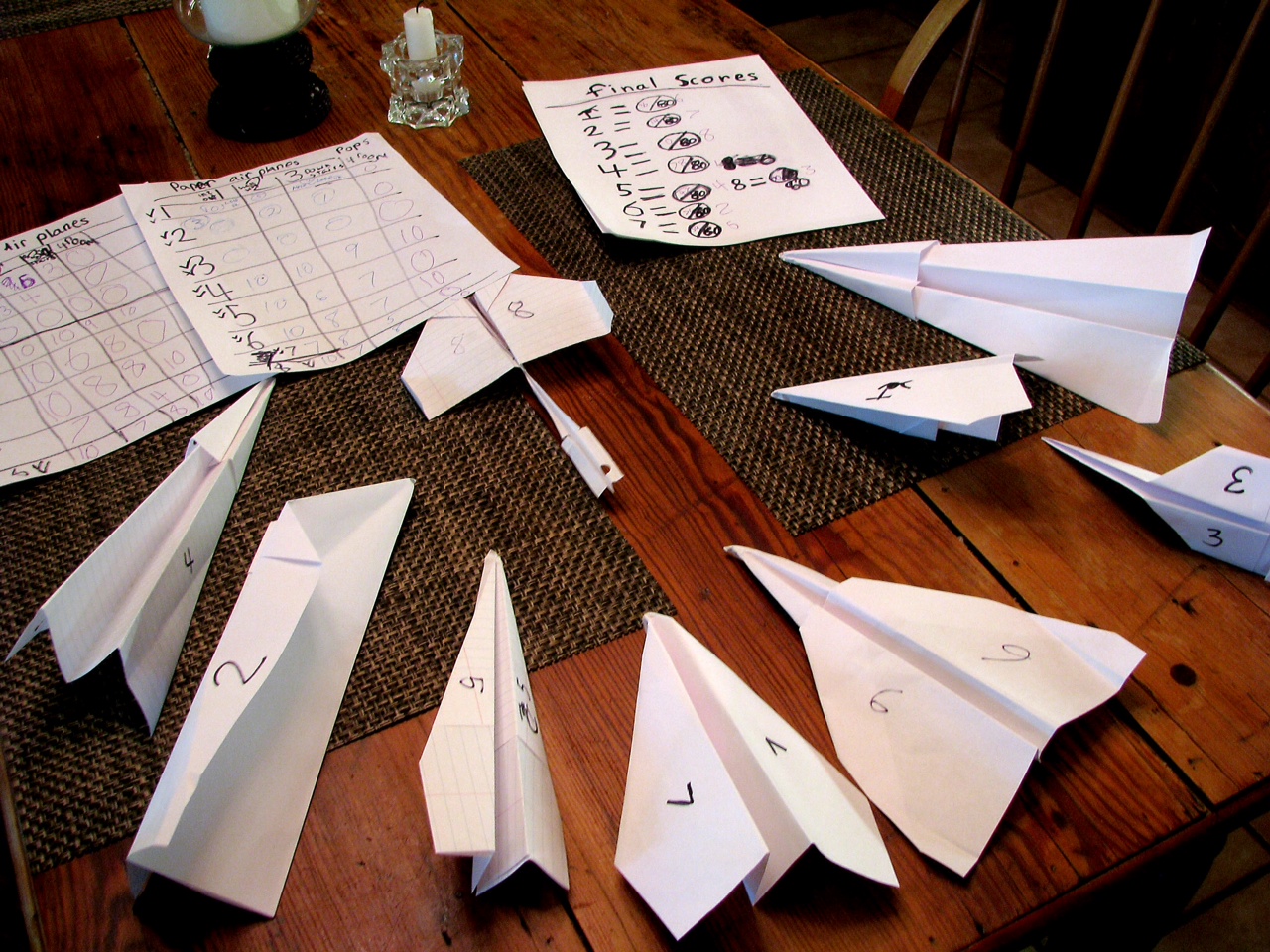 She has been busy drawing matrices on sheets of paper that I discover are “test-cards,” just like flight test engineers use to evaluate real airplanes. Huh? 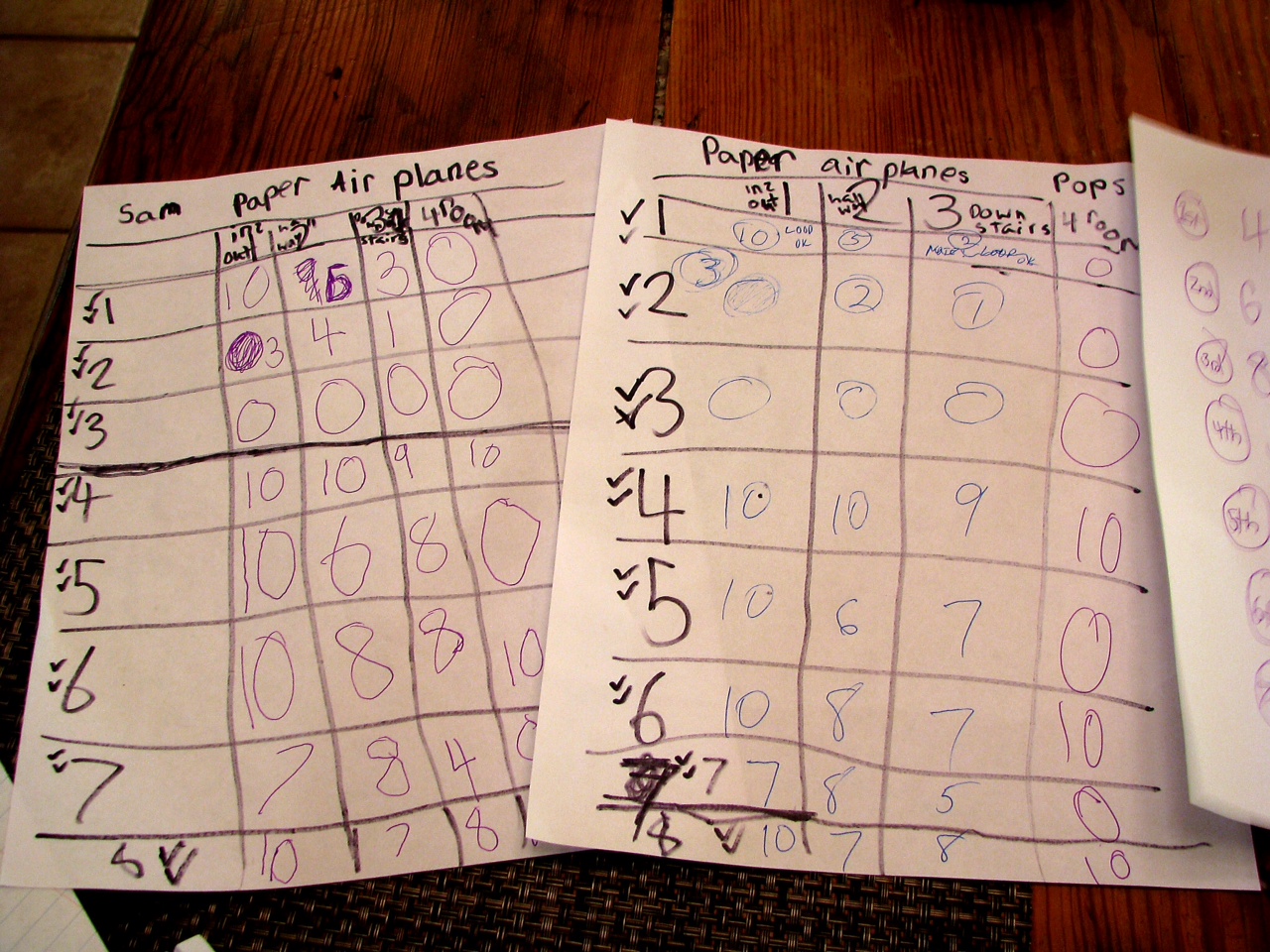 She proceeds to lay out 5 separate flight test scenarios—flight through a target doorway, flight down a straight hallway, height drops from second floor balcony, flight through a room, and flight over an obstacle. Each airplane will receive a rating from1 to 10, based on performance on each test. Results are recorded on the matrix sheets for each model and test. All 40 tests! Final empirical totals are tabulated and recorded, before she forwards the results to NASA, I assume. Holy crap!

When I was an 8 year-old, we sat on the floor either staring at baseball cards or trying to figure out how to steal wooden matches from some Mom’s kitchen, so we could burn stuff.

The paper airplanes are not the issue. Predictably, some flew with the grace and aplomb of a falcon on the wing, while others flew like a corny dog thrown across a room. One of my designs had the distinction of getting zeros across the board, from the child. She even laughed as it tumbled drunkenly on its 2.5-foot plummet to oblivion. At least it didn’t burst into flames, I said. That counts for something. “Zero,” said the flight test engineer.

When the exhaustive evaluation was complete, and all records recorded, I was amazed at thethoroughness and precision of the process. Want to see what scientists and engineers look like as 8 year-olds? Watch this kid. She not only saw the entire process through to completion, but her methodology and process control was meticulous. Detail piled upon detail. All with serious intent. 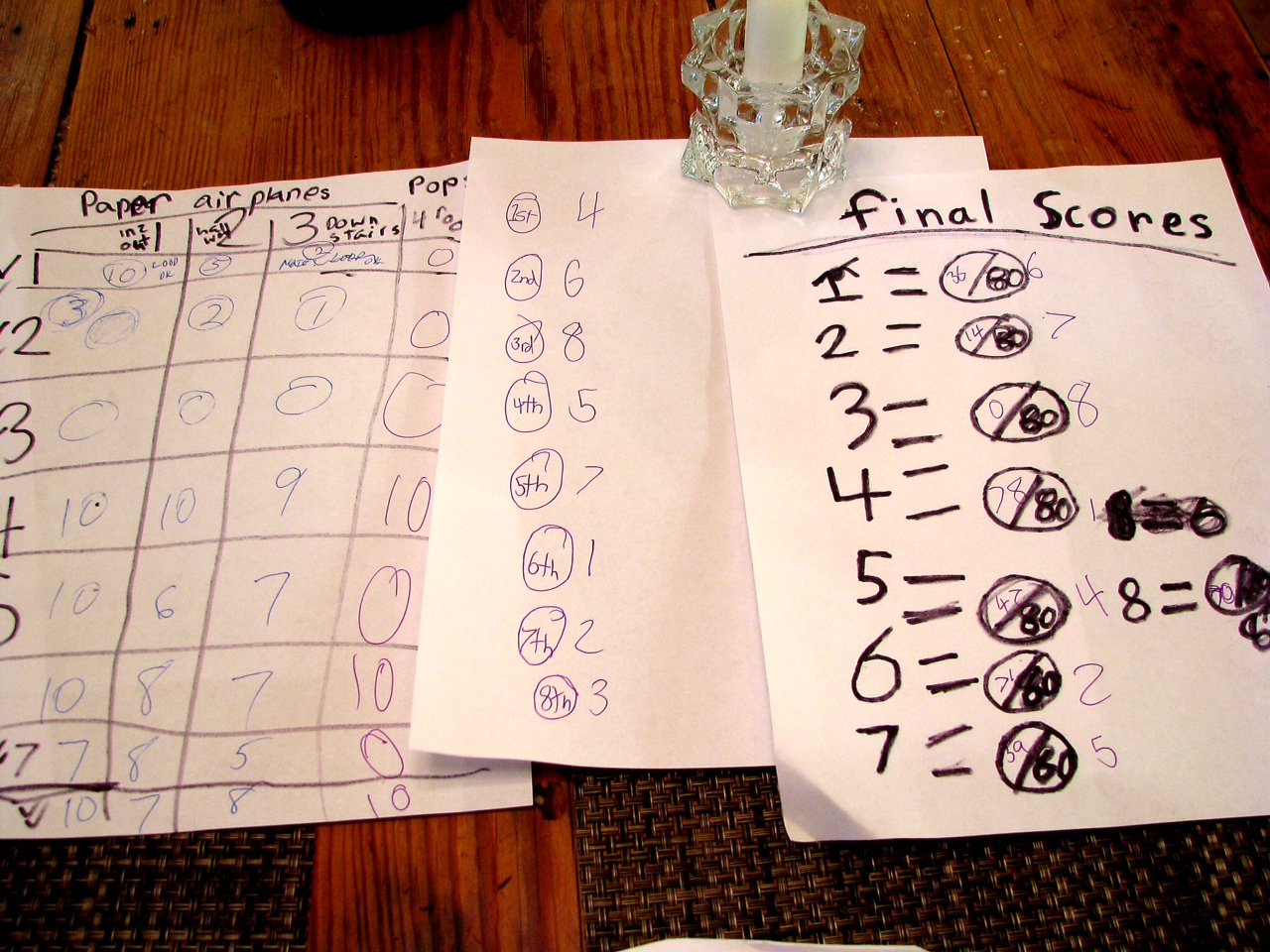 Pops was, lets just say, impressed, familial relationship notwithstanding. Next, I think she wants to see if the Uranium-235 isotope can be isolatedfrom Vienna sausages, in the microwave. Or maybe determine the probabilities of future canine diabetes by counting tail wags, during dog sleep. I don’t know.

I do know the time was great fun.

And she is beautiful. And she breaks my heart. 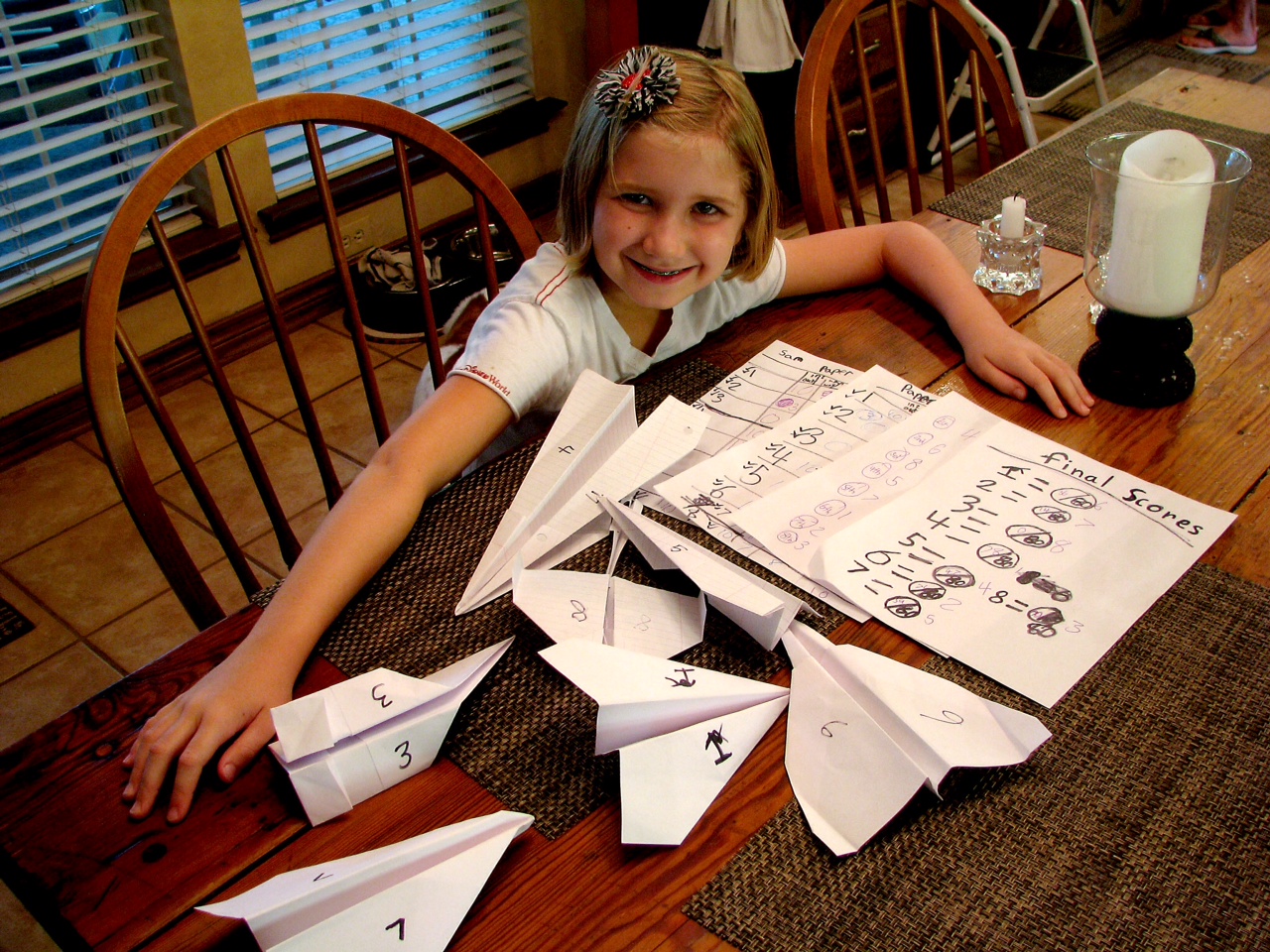 And God is good for giving an old man times like this, with a heartbreaker. Thanks to her and Him.
Posted by Emily at 5:33 PM No comments:

Emily
I'm a thankful believer in Jesus Christ, wife to a very funny and fantastic man, mom to three wacky and individual little girls, constant creator of things and I do some freelance writing. I also have a slew of pets. I stay afloat due to the Grace of God, the love of my family and the patience of my friends. Without a creative outlet and coffee I would shrivel up-or at least get a whole lot more annoying!

Charitable Craft Sites: Where to Donate, What to Make

If you have any project ideas, feel free to email them. We are always looking for new projects to tackle! We also want ideas for charity projects. We have Project Linus for next month, but would love more.
triplegiggles@gmail.com